9 ways to celebrate Christmas in the South

Savannah’s rich history and unique charm create a majestic backdrop for the holiday festivities. Take a two-hour walk through town to admire Christmas decorations on the Old Savannah Tours Lights and Sights Cart Tour. The tour stops for a visit inside the historic Davenport Home to see it in all its holiday glory and a visit to the Plant Riverside District Christmas Market. Another attraction is December Nights and Holiday Lights, a driving tour with over a million lights and creative displays on five acres at the Coastal Georgia Botanical Gardens.

Spend a “Dolly” Christmas this year at the annual Smoky Mountain Christmas in Dollywood, one of the Southeast’s liveliest holidays. The event is so iconic that Hallmark immortalized it in a film called “Christmas in Dollywood”. The amusement park will be decorated with over 5 million lights and there will be 40 different Christmas shows throughout the season. What could be better than riding a roller coaster surrounded by beautiful twinkling lights? Each evening an elaborate fireworks show lights up the sky with holiday colors to classical Christmas music. Best of all, the seasonal elements don’t stop at the decor and performance. The theme is matched with food and drink options, including eggnog cheesecake and peppermint milkshakes.

You might think snow in Southern Alabama is impossible, but think again. Springdale on Ice turns Andalucia, Alabama into a magical winter wonderland with Polar Bear Tubing Hill, featuring two 150ft snow tubes, an ice rink, an inflatable Arctic Trek Maze Run, tours with Santa Claus and Elsa from “Frozen”, train rides on the Springdale Express and a circus-style holiday-themed show. But that’s not all. Candyland on the Square includes a whole village of children’s play cottages, including a bank, a church, a restaurant and Santa’s workshop. Plus, there are horse-drawn carriage rides and a 30-minute snow show that simulates a blizzard.

Head to James Islands County Park for the 32nd annual Holiday Festival of Lights, with over 2 million dazzling lights and 750 light displays, including the newly reconstructed Cooper River Bridge display. Guests can see the lights on a three-mile drive through the park while listening to Christmas music from the comfort of their hot cars. Then, enjoy marshmallow roasting, train rides, an old-fashioned carousel, and Santa’s Sweet Shoppe. Bring a little Christmas spirit into your accommodation in downtown Charleston at the French Quarter Inn (843-722-1900, fqicharleston.com) where the Sleigh Bell Suite is decorated with garlands and mistletoe. It even comes with an in-room eggnog bar and a selection of freshly baked cookies with milk to enjoy while sitting comfortably next to the fireplace and Christmas tree in the suite’s lobby.

The Conch Tour Train takes visitors on a tour of two of our Christmas lights in Key West, accompanied by Christmas carols. AJC file

Since the 1950s, visitors to Key West (aka Conch Republic) have been eager to take the Conch Tour vacation train to see the island’s best vacation lights. Before boarding, the tour begins with cookies and hot apple cider. Once on board, the conductor guides visitors by singing popular Christmas carols as the train passes beloved landmarks such as Mallory Square, Truman House, and the beautiful waterfront Harbor of Lights. the annual Key West Holiday Parade on December 7. It can be seen anywhere along the way, from the corner of Truman and Eisenhower streets to Duval and Front streets. 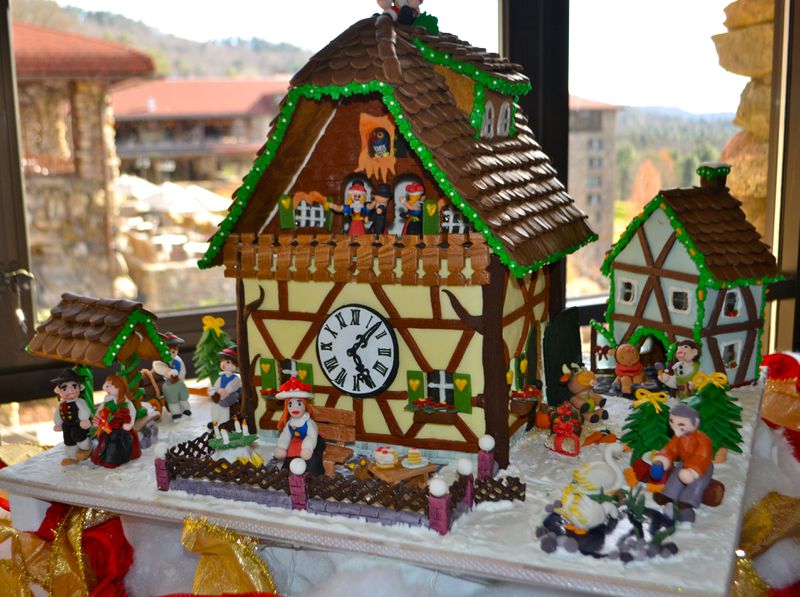 Credit: HANDOUT, not for resale

Credit: HANDOUT, not for resale

Are you a fan of Christmas baking shows? If so, you’re going to love seeing the nation’s top gingerbread house makers compete for the title of Best Gingerbread House of 2021 at the National Gingerbread House competition. Hosted by the beautiful Omni Grove Park Inn in Asheville, NC, bakers across the country come together to bring the Christmas spirit to life with some of the most elaborate and breathtaking culinary creations. Previous winners have created Christmas town centers, elaborate Christmas cars and modern architectural cityscapes.

Until January 2. Free. The Omni Grove Park Inn, 290 Macon Ave., Asheville NC. 800-438-5800, www.omnihotels.com. Guests not staying at the resort may see the display after 3:00 p.m. on Sunday or anytime Monday through Thursday, depending on parking availability and excluding the following dates: December 23-25, December 29-31 and January 1.

In a city like Colonial Williamsburg, you will rarely find anything new. However, this year marks the start of an event called Lighting of the Cressets. It honors the city’s history by bringing eighteenth-century streets to life with lights and buskers. Stroll along the iconic Duke of Gloucester Street and admire the fabulous holiday lights on local businesses and historic landmarks. Along the way, you’ll meet Christmas carols, music from Fife and Drum, and Santa Claus strolling through Merchants Square. When you need a break, stop at a tavern or restaurant for a drink or a good meal. 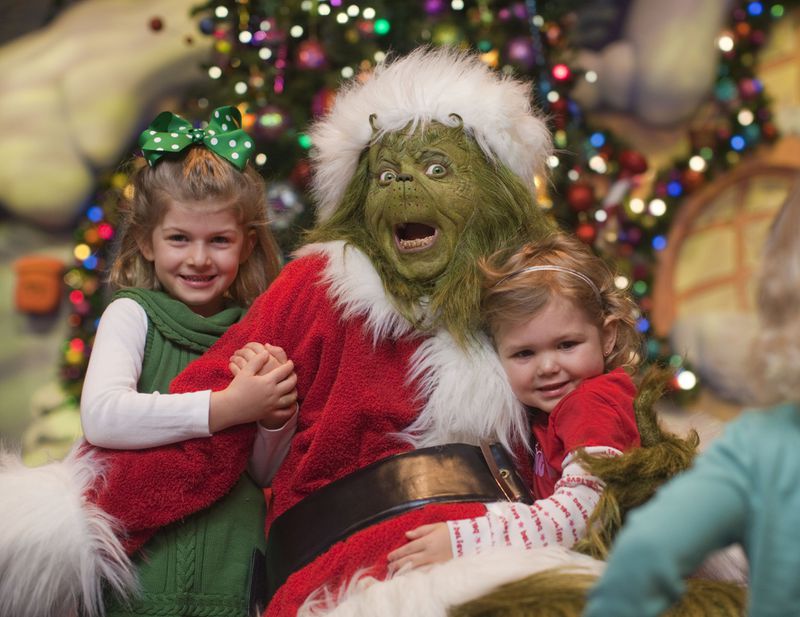 If you’ve ever dreamed of setting foot in Who-ville, Grinchmas is for you and your family. At Universal’s Islands of Adventure, the world of Seuss’ Landing becomes the fictional town of Who-ville. The amusement park, complete with rides, games, souvenir shops and restaurants, will be decorated with snowflakes and populated by staff members who double as citizens of Who-ville, complete with facial prostheses. Entertainment is provided by the live show The Grinchmas ™ Who-liday Spectacular. While you’re at the park, don’t miss Christmas in the Wizarding World of Harry Potter. See Hogwarts ™ Castle light up for the holidays and a festive backdrop in the streets of Hogsmeade ™. Better yet, enjoy a warm butter beer to warm you up as you stroll through the park.